Ten (Plus) Bets #9 / Still No Fest Home / Live by Night in December? / Whispers and More Whispers / Burns for the Museum / And Congratulations 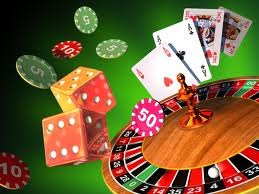 We start today with an update of the weekly Ten Bets list that has more than ten bets.

And now, here is the latest version of Ten (Plus) Bets:

Almodovar's Julieta drops off due to its TIFF designation as a North American Premiere.  I also dropped the animated French short High Summer to make way for the two films we think are in play after the latest TIFF reveal: Wakefield and Norman: The Moderate Rise and Tragic Fall of a New York Fixer.

Other films that are still in somewhat serious play: The Circle, Miss Sloane, The Sense of an Ending, Exile, Peshmerga, Gold, Eternity, The Founder. 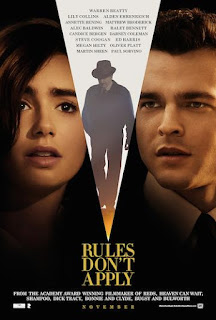 The list of films that might still be possible for a Telluride slot is getting smaller.  As of this post, these films do not have a festival berth that I'm aware of:


LIVE BY NIGHT IN DECEMBER?

A number of film outlets were all over a reported comment made by Ben Affleck's Live by Night co-star Elle Fanning to the effect that the film would be seeing the light of day before the end of 2016. That has been a train of thought for some time since Warners moved the film's announced release date up from Oct. 2017 to Jan. 13, 2017.

To the best of  my knowledge there has been no confirmation from the WB people. 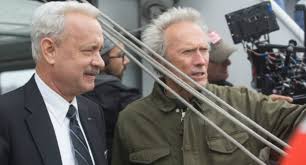 Eastwood and Hanks on the set of Sully (from CowboysandIndians.com)


We've reached that time of the year when the rumor mill is beginning to crank up to full capacity in regard to TFF.  Sometimes those tidbits pan out.  Often they do not.  The latest couple of quiet little buzzes have to do with Warners debuting Clint Eastwood's Sully (with Tom Hanks) as a part of the fest.  I'm dubious.

I've also heard that there could be another Venice title that makes the trip across the Atlantic in conjunction with a tribute.  What makes this intriguing is that this film would be in addition to a film that I think is already going to play Telluride and both of them feature the same star who would be the focus of the tribute.  Further, there is the suggestion that this new "Venice/T-ride crossover" is set to play Toronto and that it's currently listed premiere status is misleading.

I'm not ready to jump on board this yet, or name the possible new film but I believe that this story has more potential to be true than the Sully whisper mentioned above.

BURNS FOR THE TELLURIDE HISTORICAL MUSEUM 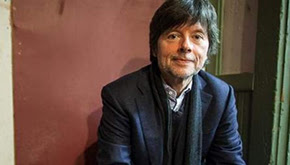 Got an email earlier this week that revealed that big time Telluride supporter and frequent presenter Ken Burns will be doing a pre-fest program for the Telluride Historical Museum on Aug. 28.  An Evening with Ken Burns will be presented for the third consecutive year and will take place at The Palm Theater at Telluride High.  Admission is $25 or $20 for Museum members.

Burns will be screening some of his National Parks: America's Greatest Idea documentary.  The program starts at 6pm.

I have linked more information here:

Greg Ellwood announced yesterday that his Awards Campaign website will now be a part of The Playlist for whom he will be covering the awards season.  Congrats Greg!

Ellwood will be one of the more than a dozen industry pros that will be a part of MTFB's annual Professionals Telluride film ratings.

Here's coverage of the move from Greg's site:

That's a wrap for this Friday.

OR check out Michael's Telluride Film Blog on Facebook: