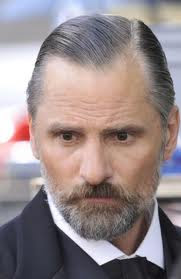 Cannes will announce its line up in just under three weeks and some spec pieces have begun to appear as to what might be expected to play as part of that festival. This allows us to speculate about the likelihood of those guesses insofar as Telluride's 38th edition is concerned.

I'm specifically looking at articles from Brad Brevet at Rope of Silicon (http://www.ropeofsilicon.com/article/45-potential-titles-rumored-for-the-2011-cannes-film-festival) and Mike Goodridge at Screen Daily (http://www.screendaily.com/festivals/cannes/fremaux-faces-a-list-deluge-in-countdown-to-cannes/5025131.article).

Here's what we know: Woody Allen's "Midnight in Paris"is the only confirmed film at this time for Cannes.

Now the rest is guesswork...

Interestingly there is some discord between the two articles about the availability and/or likelihood that Pedro Almodovar's new film "The Skin I Live In" will or won't play Cannes. Brevet seems to think it's a likely prospect. Goodridge claims that Almodovar won't play Cannes this year because of the Spanish premiere date on Sept. 2 and the reported twists in the film that he doesn't want out of the bag in May.

I can see Almodovar preeming it on Sept. 2 and then it being a "sneak" at Telluride.

Alexander Payne's "The Descendants" is pegged as a likely Cannes film and that would just check off another box on the "factors that lead to a Telluride slot" checklist.

Also tipped as likely Cannes films that I have previously speculated to be Telluride-likely: Eran Kolirin's "The Exchange" and Marjane Satrapi and Vincent Paronnaud's "Chicken with Plums."

A few Cannes guesses that I'm getting a Telluride vibe for are Paolo Sorrentino"s Sean Penn starrer "This Must Be the Place," "Free Men" starring "The Prophet's" Tahir Rahim and Lynne Ramsey's "We Need to Talk About Kevin."

And it seems that everyone is certain the David Cronenberg's "A Dangerous Method" with Viggo Mortensen and Michael Fassbender and Andrea Arnold's "Wuthering Heights" will not be ready for Cannes, but could and probably will be ready for the fall festival triad of Telluride, Toronto and Venice.

We'll know more in the next three weeks!
Posted by Michael Patterson at 11:53 AM No comments:

Payne Has a Date 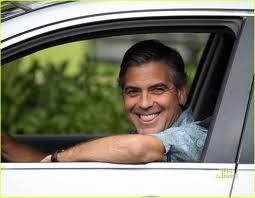 Rope of Silicon reports tonight that Alexander Payne's "The Descendants" starring George Clooney has a release date in December. That would fit in nicely with an Oscar run attempt that could easily start at TFF #38. "The Descendants" is on our list of "possibles" for this year's film festival. You can find the complete article here:
http://is.gd/mLjTmf
Additionally, at MTFB we're waiting for spec pieces to begin to appear for the lineup at Cannes, which is always full of films that make their way to Telluride (TFF averages 6 to 10 Cannes films each year). When we find them, we'll let you know!
Posted by Michael Patterson at 7:46 PM 1 comment: 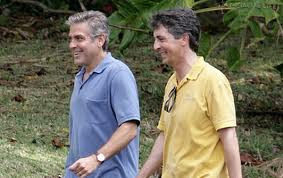 George Clooney and Alexander Payne on the set of "The Descendants"

That means it's time to begin ferreting out the possible films for next Labor Day's Film Soiree in the San Juan Mountains of southwest Colorado. T-minus 6 months and counting until TFF #38 unspools at 9,000 feet.

So, what might we see? Thanks to the fine folks at Indiewire, Awards Daily, Hollywood Elsewhere, Film Misery, Rope of Silicon, Ioncinema and Incontention.com, I'm going to try to take a stab at some of next September's lineup in Telluride.

I looked back to last year's two columns in March when I tried this and found that I hit on "127 Hours'" "Another Year," Biutiful," "Black Swan," and "Never Let Me Go." So 5 of the 15 I took a stab with actually ended up in Telluride. I'd be pretty happy if I got that lucky again this year.

So without further ado...here's what might be at Telluride in September....

"The Descendants"- I had this on the list a year ago...didn't happen because it wasn't released. Now it's on the list for 2011. Why? It's director Alexander Payne with his first feature since Sideways in 2004. Payne was the 2009 Guest Director for the festival. You have to believe that if "The Descendants" is any good and since Fox Searchlight is the distributor that if they want it to play for Oscars a year from now its chances at being in Telluride are pretty good. The film stars George Clooney as a father with family issues and is set in Hawaii. Could we see Mr. Clooney on Colorado Ave. on Labor Day weekend? Maybe. Because I have a theory that he may be trying a double whammy with his own directorial effort...which leads to guess #2...

"The Ides of March"...directed by Mr. Clooney based on the political play "Farragut North' by Beau Willmon (adapted by Clooney and writing/producing partner Grant Heslov who brought you "Good Night and Good Luck" in 2005) . Clooney is featured as well as Ryan Gosling, Phillip Seymour Hoffman and Marisa Tomei. Why? The only rationale I have is synchronicity...If "Descendants" is there, then maybe Clooney kills two birds with one festival. And he'd get to re-unite on panels with the director of our third guess (and Clooney's director in 2009's "Up in the Air")...

"Young Adult" directed by Jason Reitman and written by Diablo Cody and starring Charlize Theron. You have to think that this pair that struck like lightening in Telluride in 2007 would try to replicate that experience (and Reitman had great success 2 years later when "Up in the Air" premiered there). The only hesitance I have putting this on the list is that it seems soooo obvious as to be no surprise at all. So the greater surprise might be a decision to go some other direction. But it's hard to argue with success and also, it may depend on Reitman's sense of superstition.

"Love" Michael Haneke returns after directing 2009's brilliant "The White Ribbon." You have to think that if it's ready (IMDB has it listed as a 2012 release) and on par with "Ribbon" (TFF #36) and "Cache (TFF #32) that it would be in the mix. "Love" stars Isabelle Huppert and Jean-Louis Trintignant.

"Moneyball" the story of Billy Beane and the Oakland A's baseball team starring Brad Pitt and Phillip Seymour Hoffman (...hmmm) and directed by Bennett Miller could show at The SHOW. Miller had terrific success with "Capote" (which, of course, starred Hoffman and earned him the Oscar....again...hmmmm) at Telluride #32 in 2005. It would also allow a mini-Ocean's 11-12-13 reunion between Pitt and Clooney.

"Shame" from writer-director Steve McQueen. His "Hunger" premiered at Telluride in 2008 and featured Michael Fassbender. Fassbender re-teams with McQueen for this film. So you have to think that because McQueen has some history at Telluride, that he could return with this. Oh, and the film also stars Telluride Belle of the Ball from the past two years, Carey Mulligan...she's been in town for both "An Education" (2009) and "Never Let Me Go." (2010) Three years in a row? I think it 's a real possibility. (If you see me in Telluride in September, ask me about my funny Steve McQueen story).

And speaking of "An Education," Lone Scherfig, is back this season with "One Day" starring Anne Hathaway and "The Way Back's" Jim Sturgess. It's story blurb on IMDB makes it sound a whole lot like "Same Time, Next Year" the Alan Alda/Ellen Burstyn comedy from 1978. Put it down as a possible for TFF #38.

"Wuthering Heights" Andrea Arnold who was a part of TFF in 2009 with "Fish Tank" is back directing this adaptation of the Emily Bronte classic.

"The Exchange" from director Eran Kolirin who was also a part of Telluride in 2007 with the delightful "The Band's Visit."

Pedro Almodovar who has often been a participant in Telluride Film Festivals could return for the first time sine 2006's "Volver" with his latest "The Skin That I Inhabit" starring Antonio Banderas as a revenge-seeking plastic surgeon.

"The Congress" from Ari Folman who last was in Telluride with his"Waltz with Bashir" in 2008. Although IMDB lists it as a 2013 release.

Others that could show (just because I have a "vibe" that they might): "Albert Nobbs" from director Rodrigo Garcia starring Glenn Close. Michelle Williams in "My Week with Marilyn" from director Simon Curtis. "A Dangerous Method" from director David Cronenberg featuring TFF # 36 tributee Viggo Mortensen and the aforementioned Michael Fassbender as Sigmund Freud and Carl Jung. "Coriolanus" the little seen Shakespearean play from actor-turned -director Ralph Fiennes.

In the "I'd love it, but there's no way it will be in Telluride" Department: Martin Scorsese's "Hugo Cabret," Clint Eastwood's "J. Edgar'" Stephen Daldry's "Extremely Loud and Incredibly Close," Tom Hank's "Larry Crowne," and Cameron Crowe's "We Bought a Zoo."

And finally, Terrence Malick's "The Tree of Life" which I have been stalking obsessively for nearly two years is set to open May 27th...right after the Cannes Festival. So, now, maybe I start stalking the movie he just shot here in Oklahoma! IMDB lists it as a 2012 release. TFF #39 anyone?
Posted by Michael Patterson at 11:52 AM 1 comment:

Email ThisBlogThis!Share to TwitterShare to FacebookShare to Pinterest
Labels: A Dangerous Method, Alber Nobbs, Love, Moneyball, One Day, Shame, The Descendants, The Ides of March, The Skin That I Inhabit, Wuthering Heights, Young Adult

The OC and What They Are Saying About Oscar 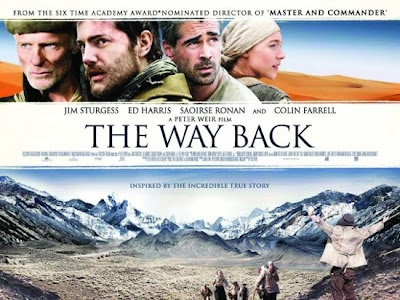 After a couple of days to reflect, I spoke with some of the people that I have met over the past 3 years since starting this blog. People that are Academy members and Industry insiders... and asked them some questions about the 83rd edition of Oscar. Here are some of the things they had to say...

Universally, there was keen disappointment in the "show" itself. "Lifeless" was a term I heard more than once and I couldn't agree more. A good deal of scorn was heaped on James Franco, who seemed to just give up abut 1/2 way through the telecast. Anne Hathaway escaped being tarred as heavily as Franco, but my sources weren't exactly falling all over themselves to praise her work either. One of my peeps said, "It was like an episode of SNL where none of the skits is working." Good point.

Reflecting the general consensus from the Oscar blogosphere, my sources echoed the notion that there were no upsets or real surprises. Aside from mild (and I do mean mild) "surprises" in Cinematography and in terms of The King's Speech not winning as many statues as some of my source folk (and I) though would happen (I.E. Art Direction, Costume and Score). There was a little bit of surprise from one source that Melissa Leo won Supporting Actress over Hailee Steinfeld.

I had one passionate defense of The Social Network as the film of our time and the one film that would be remembered down the road.

I also had a source that commented on the success of Harvey Weinstein in terms of the actual Oscar campaign for "The King's Speech." In recent years Weinstein hasn't been able to put that together like he had in the past (think "Shakespeare in Love"). But this year's success makes one think that he's found his mojo again.

Lot's of praise for acceptance speeches of Colin Firth and Tom Hooper. And one note about how funny Randy Newman was.

Disappointment? One source was dismayed that "Inside Job" won out over "Restrepo." Another just said he wasn't all that passionate about any of Sunday night's results. Another was disappointed in Best Animated Short Subject.

I asked everyone to look forward one year and predict a film that we'd be talking about the day after the 84th Oscar ceremony...huge response for David Fincher's re-make of "The Girl with the Dragon Tattoo."

Coming Friday...the first look at what might play at Telluride's 38th Film Festival. Passes went on sale yesterday. My hookup says I'm solid for Labor Day! Counting down the days!!!
Posted by Michael Patterson at 11:13 AM No comments: