I can't believe its Friday.  Just a week ago we were embarking on TFF #44.  Now I have begun the countdown to TFF #45 and The Oscars...

Earlier this week Kino Lorber locked down two acquisitions of TFF #44 titles.  The independent specialty house will handle Film Worker and Hitler's Hollywood.  Incidentally, my brother saw both of these last weekend and really enjoyed them.

Meanwhile, Scott Cooper's Hostiles hasn't closed a distribution deal to my knowledge.  Variety's Kristopher Tapley reported during the fest that the film was getting some serious looks but it seems that no deal has been reached.  It's possible that both the producers and distributors are awaiting the films Toronto screenings and responses before moving to finalize an agreement.

The Tapley piece is linked here.

Meanwhile, coverage of the Kino Lorber deal is here from Screen International and here from Vimooz.

It certainly doesn't happen everyday but it did last weekend.  Sasha Stone of Awards Daily interviewed me and my wife Kristy for her podcast.  That podcast went up on her Awards Daily website yesterday.

It's a little surreal but then a lot of the Telluride experience is still surreal to me.

Here's the link to the podcast.

And speaking of podcasts, Clayton Davis, Mark Johnson and the crew at Awards Circuit have published their Circuit Breaker Podcast which features a Telluride breakdown as well.  You can find that here.

Vanity Fair was all over Telluride last week and posted a gorgeous layout of photos that focused on the players and community of Telluride.  For example: 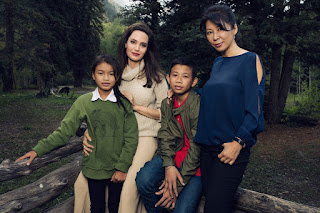 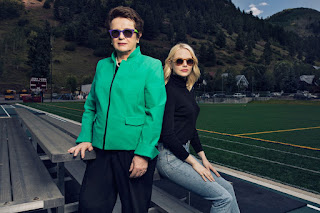 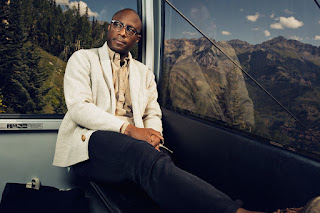 Don't forget to rate the films you saw last weekend.  Use a 0-5 scale and send them to me using any of the contact methods listed below.  The cutoff for voting is Tuesday, Sept. 12th.


COMMENT TO THE BLOG
Posted by Michael Patterson at 7:25 AM

I only saw five films at Telluride this year (my wife and I did some volunteer work), so unfortunately I missed The Shape of Water, which my wife really enjoyed. Here are my picks from top to bottom:

I took a few photos, and feel free to share. They can be found here: https://tinyurl.com/y8d55cdn

Thank you to both of you for rating the films you saw for The People's Telluride.