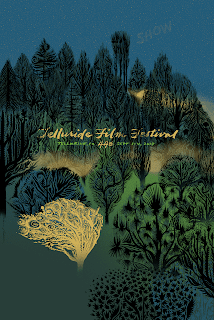 For the sixth consecutive Telluride Film Festival I have solicited film ratings from the readers of this space for the films they saw last week.  This year I had responses from more than 40 film patrons.  It has been said that TFF fans are some of the most discerning film goers on the world and I think that the results of this poll over the past few years bares that out.  Up until last year the film that finished as the #2 People's film went on to win the Academy Award for Best Picture.  Moonlight upset that apple cart for 2016 by topping The People's chart (it edged out La La Land by 4/100ths of a point) and then winning Best Picture.

Here's your brief People's history of the top three films for each year:

And now, the 2017 People's Telluride results...16 films received enough responses to be included in the poll...

The single most rated film was Darkest Hour which had 35 respondents rate it.

The Peeps response probably bodes well for Oscar chances for Lady Bird, The Shape of Water and Darkest Hour.  Battle of the Sexes may be in some trouble Oscar-wise.

I was struck at how The People reacted to big time films from big name film makers as Angelina Jolie's First They Killed My Father, Todd Haynes' Wonderstruck and Alexander Payne's Downsizing all finished in the bottom half of the list.

I'll have The Composite Telluride, the combination of The Peeps and The Pros in Monday's blog post.  I might note that The Composite may now be a better indicator of possible Oscar success than the stand alone People's ratings have been.

After screening at Telluride Venice and Toronto Alexander Payne's Downsizing and Paramount released a trailer for the film this week.  Here it is from YouTube:


And a story about the trailer's release from Indiewire.

Sasha Stone has started recording and posting the Awards Daily Oscar Podcasts for the coming season.  The first two are up with yours truly making an appearance on the first one recorded in Telluride (and also a special appearance from both my wife, Kristy, and a guy named Guillermo Del Toro.  That podcast is here.

I show up around the 19 minute mark and Del Toro follows right after.

The second podcast gets to the business of the season and was recorded after Telluride and features not only Stone but also Mark Johnson of Awards Circuit and Tomris Laffly who freelances for many publications including Film Journal and Film School Rejects.

That podcast is linked here. 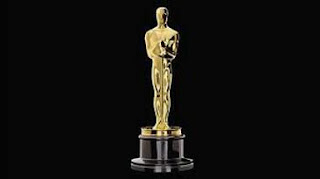 Two TFF #44 films have already been named by their host countries for consideration for the Best Foreign Language Film Oscar.  Chile has submitted Sebastian Lelio's A Fantastic Woman and Lebanon has submitted Ziad Douieri's The Insult.

A number of other films have also been announced with many more scheduled to be named in the next couple of weeks.

Awards Watch has a very good article up that has an up to date list of films as well as a schedule for the rest of September for FLF Oscar submissions. 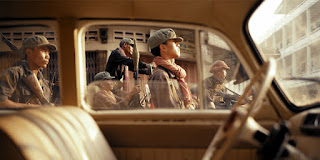 The Wrap reports that Netflix will open Angelina Jolie's First They Killed My Father will get a contemporaneous theatrical release in a number of U.S. cities this week coinciding with its availability on the streaming service.

The film will screen in Los Angeles and New York as well as eight other major markets on Friday.

The Wrap's story is here.


And that's going to do it for this Thursday.  Come back for Monday's post which will include the 2017 Composite Telluride Film Ratings that combine the ratings from both the people and the professionals.  I've been doing this since 2013 and the film that has topped the Composite Poll has won the Best Picture Oscar each year.


COMMENT TO THE BLOG
Posted by Michael Patterson at 7:35 AM

Email ThisBlogThis!Share to TwitterShare to FacebookShare to Pinterest
Labels: A Fantastic Woman, Angelina Jolie, Battle of the Sexes, Darkest Hour, Downsizing, Faces/Places, First They Killed My Father, Hostiles, Lady Bird, The Insult, The Shape of Water